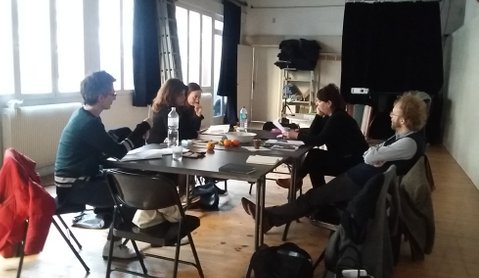 Our second dialogue took place in Paris at Arcal Lyrique where librettists, composers and devisors met to discuss the status of "text" in contemporary opera and music-theater. What is a 21st-century libretto? Must an opera have one? How does a text's position within a development process invest it with power over other sites of aesthetic meaning such as the score or the mise-en-scène? Over two days, participants shared examples from their own work and the work of others to explore the wide range of relationships between text and music, and to address the lack of traditional "librettists" in Europe's contemporary opera scene.

Sponsored in part by Arcal Lyrique