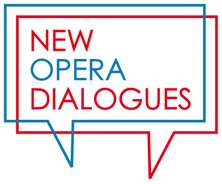 Opera has always been an international art form. Where else is it standard practice for a Colombian singer to perform an English text adapted from a Spanish drama set to music by an Austrian composer staged by a French director for an audience in Japan? At a time when nations are closing themselves off from their neighbors, opera has the potential to be truly international, and to lead by example. It is urgent that as artists and producers we come together to engage with one another, to spur action and initiatives to reclaim these spaces of international possibility, exchange and inclusivity. NEW OPERA DIALOGUES are conducted in tandem with major opera institutions around the world as we work together toward creating a rich and powerful new canon for the twenty-first century.